The Manifesto-appeal of the Nobel Prizewinners 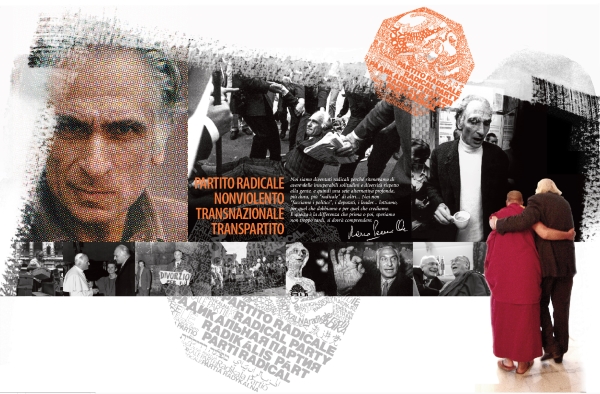 On June 24, 1981 a document formulated by the Radical Party against extermination by hunger and signed by dozens of Nobel Prizewinners, was distributed in the major western capitals. It was the answer of men of science to the indifference of governments, the mass media and individuals, to the grim figures announcing the certain death of millions of people from starvation in the southern hemisphere.
The Manifesto indicated precisely what to do to put an end to the holocaust of our day.
Achieving the objectives of the Manifesto and saving the greatest possible number of people from death through starvation, became the Radical Party's top priority.

We the undersigned, men and women of science, of letters, of peace, with different religions, histories, and cultures, prizewinners because we search for honor and celebrate truths in life and life in truth, so that our works may be a universal testimony to dialogue, brotherhood, and of the common civilization of peace and progress; we the undersigned address an appeal to all men and women of good will, to the powerful and the humble, in their various responsibilities, so that dozens of millions of those who are suffering from starvation and underdevelopment, victims of the international political and economic disorder so widespread today, may be restored to life.
An unprecedented holocaust, whose horror includes in a single year all the horror of the exterminations which our generations saw in the first half of the century, is still happening today and continuing to widen, every moment that passes, the perimeter of barbarities and death in the world, no less than in our consciences.
All those who have taken stock of the holocaust, who are publicizing it and fighting it, are unanimous in defining politics first and foremost as the cause of this tragedy.
A new political will and a new specific organization of this will, which would be directly and obviously directed with topmost priority to overcome the causes of this tragedy and to avert its causes.
A method is necessary and an adequate procedure, among all those imaginable or which already exist, which should be immediately chosen or worked out and put into action. A system of projects is required, to converge with and to correspond to the many different forces, responsibilities, and consciences, to substantiate them. Maximum international authority is required, and it is essential for the States and the peoples too often kept in the dark as to the full possibilities of realizing a policy of life and salvation as some of the greatest spiritual authorities on earth are already requesting, to work together, or to unite their operations with punctual, steady and adequate objectives to combat and to overcome death in all its in its different strongholds. For death is spreading, chasing and condemning a large part of humanity.
We need to rebel against the false realism which induces people to resign themselves as though it were fatal, to what instead belongs to the responsibility of politics and the "established disorder".
We need to fight realistically so that the possible is done and not consumed, perhaps forever. We need to convert that "do good" aid which above all is a cheap way to buy a good conscience but which does not save those who rely on it, into something positive, both those cruel and infertile utopias which sacrifice men today in the name of a project for men, and today's society in the name of a project for society.
The citizens and politicians responsible must choose and vote, at their respective levels, electoral or parliamentary, governmental or international, new laws, new budgets, new projects and new initiatives that can be immediately directed at saving thousands of millions of men from malnutrition and underdevelopment, and hundreds of millions, in each generation, from death by starvation.
It is necessary for everybody and each individual to give legal value to the saving of human lives, to not killing, to not exterminating, not even through laziness, omission or indifference.
If world powers are responsible, they are not the only ones. If the unarmed would not resign themselves to being inert, if they would be more numerous in declaring non-obedience to other laws than this basic law of the rights of men and people, that in the first place is Justice, and the right to life; if the unarmed would go and organize themselves using their few but long lasting weapons political democracy and the great non-violent "Gandhian" non-violent actions, fixing themselves and imposing the choice of objectives form time to time limited and adequate; if this would happen, it would be certain, just as today it is certainly possible, that our times would not be catastrophic.
Our knowledge cannot consist in the inert and irresponsible contemplation of the horrible incumbent end.

Our knowledge, which tells us that the whole of humanity is itself in more and more danger of death, cannot but be the science of hope and salvation, the substance of all we believe and hope for.

If the means of information, if the powers that have wanted to honor us as a recognition for which we have been decorated, would like to listen and make others listen on this occasion also to our voice and our work and to all those who in these weeks are working in the world in the same direction, if the men and women, if people knew, would be informed, we do not doubt that the future could be different from what is looming and seems destined for everybody and the whole world.
But only in this case.
It is necessary to choose immediately, to act, to create, to live and make people live.